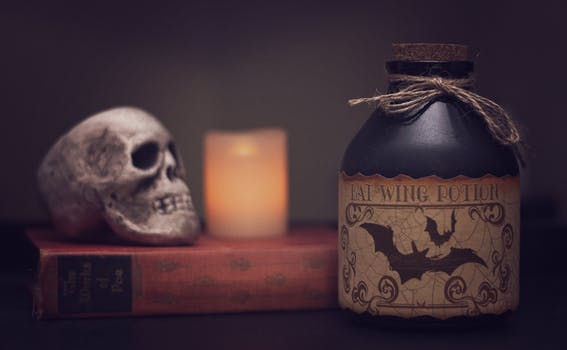 On the night of Halloween, Aniol and his friend Anna were walking around the streets, they were asking for sweets. They got to the last house on the street. They pressed the doorbell button and the door opened very slowly, as they went into the house. In the living room there was a shelf with a lot of books. They all were about terror stories. Then they heard a glass breaking and they started to run out of the house, but they were curious about why all the terror books were there.  They kept asking for sweets. At 11:30 on the night of Halloween, they went back to the house that they visited 1 or 2 hours ago. They went into the house again, and when they entered, the door closed in an instant and so loudly! They went to see the shelf and they read the titles of all the books.

The three books were: The Werewolf of Wall Street, The boyfriend R.I.P and Slappy the Dummy.

The two friends were very scared. Spiderfish went to an abandoned house. There he opened the three books and the three monsters came out from the books! All the monsters went to the village. Aniol and Anna ran to Aniol’s house. When they got to the house they went inside and they found Slappy the Dummy with a knife in his hand. They saw their mother had been beheaded. The werewolf killed their dad and they only found his hand. Then they went to Aniol’s bedroom and found the Boyfriend R.I.P eating his hamsters. Then Spiderfish took Anna and Aniol and Slappy the Dummy killed them with a knife. Then R.L.Stine put Spiderfish and Boyfriend R.I.P back into their books, but Slappy the Dummy and the werewolf went outside the house and went to the forest where killers are. People now say that they are in the forests of America searching for the next person to kill.

By Pau Pujol and Marc Comas