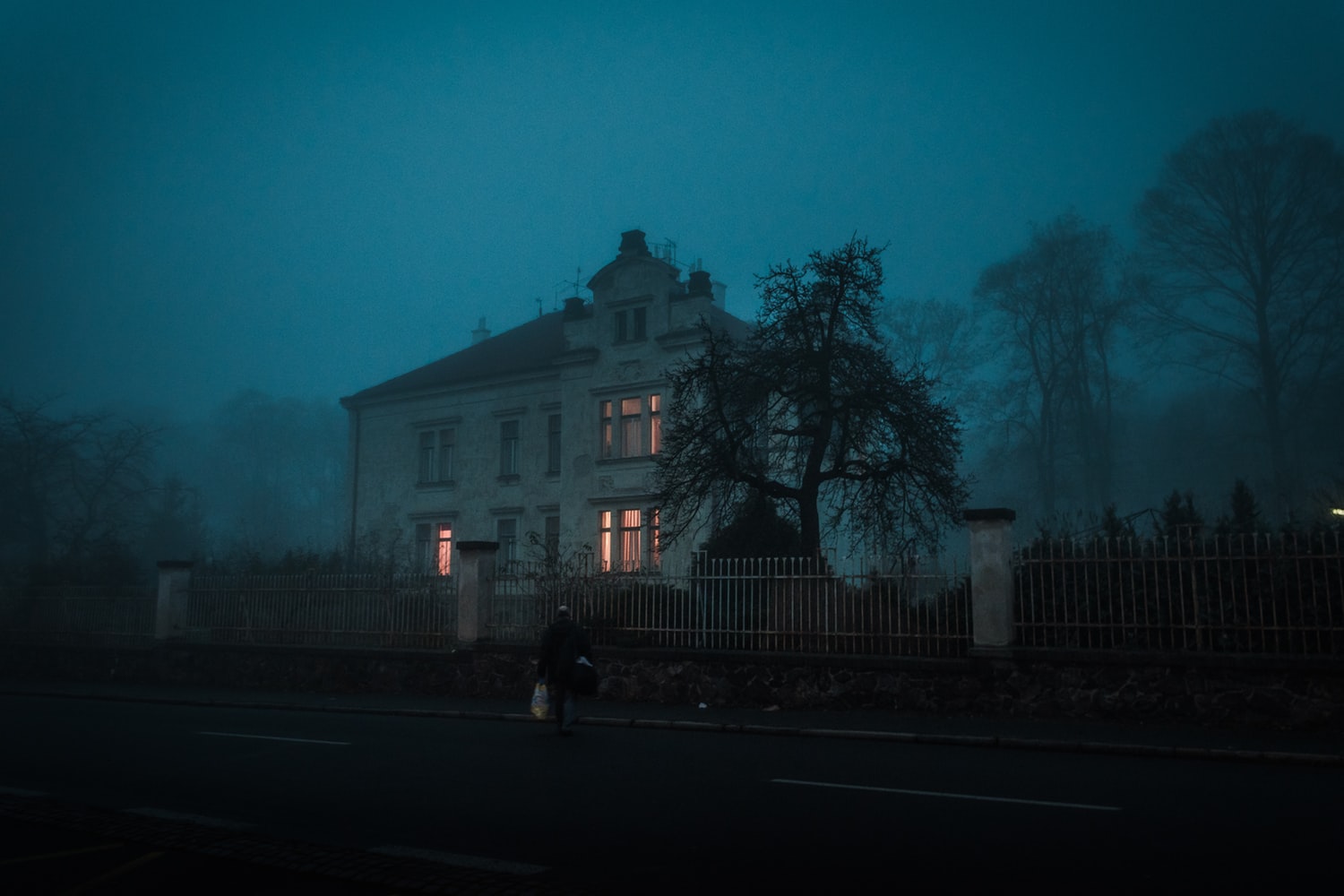 Here is the winning story. It was written by Joan Roldan, an Upper Intermediate student at Mind the Gap in Manresa.

It is a spooky story with an emotional twist. It is extremely well-written and deserves first prize. Well done Joan!

Your biggest fear – A Halloween story

The story I am going to tell happened on a Halloween night. At that time, the children in the small town of Seawillow in Texas strived to wear the most terrifying costumes they could think of, so because of this witches, ghosts and knife killers flooded the streets of the town, that is all of the streets except for Oven Street. In the past, it was said that this street was inhabited by witches and that the neighbors, fearful of evil, the arsonist ended the life of more than 50 alleged witches. At present, the street is practically desolate, falling leaves from blooming chestnut trees flutter on the street and an icy wind always blows and bristles the hairs of the mortal.
The lighting was particularly low and a pair of tinkling street lamps lit the only house that remained standing and in which an old man supposedly lived, although no one had ever seen him. The stories spoke of a hunchbacked man, who dragged his feet as if the souls held him and he carried an old sack where he supposedly put children, all of them called him the “Boogie man.” Some inhabitants commented that on Halloween, some children had disappeared who had gone to ask for candy at his door. But basically everything was all talk and nobody had bothered to check it out in person.
John and Samuel were inseparable, they were 13 and 14 years old and this Halloween night was special. This year they had decided to disguise themselves as Freddy Krueger and Leatherface. They loved the horror movies from the 80s and used to watch them together in secret, in Samuel’s garage.

– I propose you do something more daring tonight – Samuel told John.
– What will it be this year? Go to the old bridge, go scare the kids in the park? asked
John excitedly.
– None of that! That is a childish prank – he kept silent to create an
atmosphere of suspense – This year we will go to the haunted house on Oven Street.
Silence took over again, and Samuel stared at John while he was hesitant for a while.
– So, what do you say? Do you sign up? – I encourage Samuel, tapping him on the
shoulder.
– Agree! See you at twelve at the first lamppost on Oven Street. – John replied almost
without thinking.
– I hope you aren’t worried – Samuel joked.
– I am a man of my word. cried John as he pulled out his chest.

It was cold that night, a chill that froze you to the bone. Samuel was leaning on the lamppost when he saw John approach. They greeted each other and began to walk towards the house, the only one that remained illuminated and seemed to whisper things when the air passed through the woods eaten away by time.
The door was ajar and they did not have to force it to enter the room. It was decorated with
Halloween motifs, but eaten by the dust of the years. They climbed a decrepit staircase and
one of the floorboards gave way and Samuel’s foot sank, from that hole a hundred rats
came out scared. The hearts of the two young men accelerated and they climbed swiftly to the first floor. There at the bottom of the hall a light flickered like their heartbeat. They looked at each other and to arm themselves with courage they walked towards the light.
The door was again half open and they could see a dusty bed, a table with a dim light and
the figure of a covered grandfather who apparently was sleeping although no sign of life was
noticeable.
– I think he’s dead. – Samuel commented in a voice broken by fear.
– We should call the police. – John said.
– But what do you say? They will accuse us of entering a house without permission and our parents would kill us.
John nodded, stepped forward to Samuel and headed for the edge of the bed, asking –
Hello? Are you all right sir? But he got no answer.
When he was in front of the grandfather, he could see a face almost without flesh, with marked features and on the verge of decay. He turned his gaze, terrified, but realized that he was carrying a message in his hand. He took it almost without thinking and returned to Samuel’s side.
– Samuel is dead, you have to get out of here. – He commented as he pushed him out of the room.
Then in the hall, Samuel realized that John was carrying a piece of paper in his hand and that it came from that grandfather. He thought that perhaps he could contain some clue as to what had happened. He stopped, while John started down the stairs.
– Wait John! You have to read this. – Samuel commented as he approached him.
John took the half-trembling paper and read aloud. “For the one who can read this, I will only tell you, that on Halloween night, there is no greater fear than dying in solitude, waiting for your children to decide to come to see you. I hope Susan, may your work, one day allow you to come to see and meet my grandchildren. ”
Samuel and John were horrified, that old man had prepared a Halloween night waiting for his
daughter Susan and she never bothered to come.
From that night on John and Samuel learned a great lesson, that there are worse fears than ghosts and witches, loneliness. They hugged and swore that they would never stop being friends and that one would always be next to each other when death came to visit them. So remember to spend time with those you want, don’t leave it for another day.